A Generation without dissent can’t produce anything fruitful” -An interview with Sri Gnanarajasekaran, film director

A Generation without dissent can’t produce anything fruitful”
-An ihttps://somatmika.com/wp-admin/edit-comments.phpnterview with Sri Gnanarajasekaran, film director

“I discovered myself. Nobody promoted me. I took my decisions. I enjoy my life. No event should happen in my life
without my knowledge. Youngsters nowadays are trained to run away from life where as I learnt to face life”.

Sri Gnanarajasekaran, the brain behind the brilliant biopics in Tamil viz. “Bharati” and “Periyar” visited KV,
Annanagar on 28.12.2010 to interact with Post graduate Teachers of English from various Kendriya vidyalayas
during their Ten days Inservice Course. At the very outset after I welcomed him on behalf of the participants
and the course director, madam Lakshmi Ramakrishnan, he started addressing us with an unassuming but passionate
body language about the need for an educational system where children are not trained to be money-
minded but exposed to the struggles and harsh realities of life, a system that blends the rural and urban, the
rural enriching them with wisdom and the urban equipping them with refined communication skills. Communication
skills, he stressed, alone can’t reveal the worth of a person. Unfortunately, our education system has made
things very mechanical and even our graduates can’t match the products of Gurukula system which prepared
children for a meaningful life. Meaningful anger and dissent are the key aspects of the development of one’s
personality. Without Anger(raudram), one is like dead. Take secularism, for instance, our villages have a more
genuine secularism than what is seen in the cities. Even our graduates don’t know anything about other
religions and their own religion. Sensitize the students to react to social issues and let them gradually
develop the wisdom to live a profound life. Subrahmanya Bharati passed away at the age of 39, but his vision of
life and world was incredibly great within the short span. Ask our present generation about their vision and
you would find nothing. Their problems are only economic problems. They have become like domestic cows,
completely cut off from the social issues. Teachers must teach children that losing one’s personality is more
costly than losing marks. They should choose the career that suits them instead of aping a trend. IAS is good
for extroverts and 30 to 40% in the service are not fit for the career. We select the wrong people for the
right jobs and keep cribbing about it. Don’t expect everything from one’s job and that adds to corruption.
A recent survey has revealed that 9,000 different jobs are available in India. One must do what one enjoys and
children must be groomed to be round personalities and not flat personalities. He felt that every school should
have a career counselor. He narrated an experience he had while he was on the way to the location of his
movie, PERIYAR in Russia. The bus suddenly broke down and the entire crew was in tension as there were no shops
nearby. The director’s tension was mounting up as there were only few days charted for the shooting in Russia
and the location was still another 20 kms. from there. One of the Russian actors in the crew suddenly rose up
to the occasion and started repairing the bus. Within half an hour everything was set right and they could
resume their journey. This made a deep impact in the director who learnt from the Russian actor that their
schools equip them with all such skills. If at all our system was so, exclaimed the director! The taste for
cinema in India is very poor. This may be the only country where cinema is a mass entertainment. The Russian
actor told him that they have excellent session in schools and colleges on theatre, music and films. Aesthetics
in India is very poor, said the director. Modern system has failed to produce the rhythm and
aesthetics of the temples at Tanjore and Madurai. These temples built by our ancestors are rich national
treasures. The present generation must learn from this. 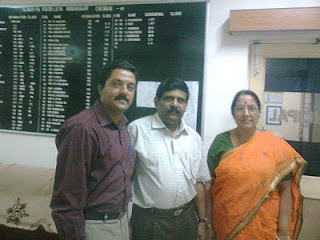 Talking about Visual Communication, he said that creativity is more important than technology. Technology is easily
available. Cultivating good taste for literature, music and art is the way to creativity. Docu-drama is
more fictional and documentary is factual. Audio-visuals can hold the concentration of a person for a maximum
of 20 minutes. In classroom communication, only 30% is communicated effectively and here audio-visuals can help
increase the percentage and work as refreshers after the lecture. In London, 20 mts. film is made on all the
chapters in the subjects taught in the class. In visual communication, humour plays a vital role and one
must be aware of the target audience in creating visual media.

INTERVIEW
1. What made you cast Sayyaji Shinde as Bharati in your film BHARATI? What was the response from Tamil audience and film fraternity? Don’t you think that Sayyaji should have been honoured by Tamilnadu Govt.?

The fire in him. What Tagore is to Bengal, Bharati is to Tamil. Subrahmanya Bharati, for me, is nothing but a
meaningful rebel with the fire in him…the raudram and anger in him. He’s not a flat personality. Bharati is a
household name in Tamil Nadu and casting a familiar face would shift the focus of attention from the movie to
the actor. Sayyaji is a brilliant actor with great range of emotions. I have close association with Marathi
theatre and in all my films there would be a Marathi actor/actress. When I watched the Hindi film, “SHOOL”
where Sayyaji played the villain, I found the right person to play Bharati.
Though initially many in the industry felt doubtful about the choice, when they watched the movie, they felt the
choice was excellent. Honours and awards are more political. BHARATI received National award. A good
percentage
of people watched and appreciated the movie. I am an optimist. Too much expectation is also
wrong. Good cinema requires some kind of suffering and effort from the part of the audience, some intellectual
strain which you can’t expect from all. 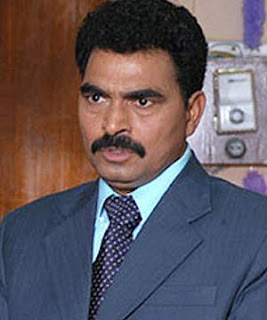 
2. Was Bharati too much of an idealist?
Generally, poets dream whereas Bharati executes his dreams. Remember the scene in the movie where he converts lower caste people to Brahmins.

3. How do you compare the acting skills of Satyaraj and Sayyaji?
Totally different approach. Satyaraj is a very good actor and Periyar is one of his best performances. Sayyaji comes from theatre and his approach is totally different.


4. What about your experience of working in Censor board?
See.. even after censoring a bad film remains bad. I have censored 750 films. It is more of a legal process. I feel, sex is more dangerous than violence. There are many successful vulgar films.

5. If an actor dictates terms to you asking you to make changes in the script for his benefit, would you accept?
No. there are directors who are submissive and long to be subdued. I too accept that the actor is the pivotal element in drawing the crowd towards the movie but not at the cost of the movie. If an actor thinks he is an intellectual, it creates a problem and there are such actors who are in a dilemma between the star and actor.
6. Actors you like the most…
I would call Dilip Kumar and Shivaji Ganesan as the two great actors India has produced. They are masters with great voice culture. Listen to their voice without watching the scene, and you can make out the emotions they are going through and the situations they are put into. That’s what I mean by voice culture. 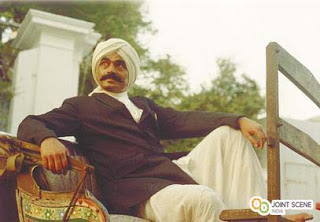