CONNECTING KATHMANDU WITH KERALA by Shri.B.P.Shah

Mr Santhosh Kana is personally known to me as an English Teacher of my daughter in Class 11-12 (year 2012-14) at Kendriya Vidyalaya, Kathmandu.He strongly believes learning is not confined inside the classroom & school. This charismatic personality is blessed with many qualities which we rarely find in one person. I have noticed many avtaars of him A PASSIONATE TRAVELLER, GREAT SINGER (in number of languages), INQUISITIVE LEARNER, PRACTICAL TUTOR, DIRECTOR, ACTOR, DANCER, DRIVER,SPORTSMAN,A COOK, SPIRITUAL PERSON, NATURALIST , A GOODWILL AMBASSADOR & A VERY GOOD WRITER.

He made an English movie named ‘The Address’, based on a lesson prescribed for the students, the major portion of the movie was shot at my residence in which my daughter played an important role. This movie was very much appreciated by students & teachers across India & Nepal. The heart touching story brought tears in many eyes.
https://www.youtube.com/watch?v=N-oWGnTNbmI&t=2s  https://www.facebook.com/theaddressthemovie/?fref=ts
In 1940’s a Keralite saint Sri Govindanandan Bharati aka Shivpuri Baba entered Nepal at the age of 100 & died at the age of 132 in Kathmandu. He came to Nepal after touring the World & spending 14 years in the Palace of Queen Victoria. Baba was spotted & recognized by Wilkinson, a British Ambassador at Kathmandu, who was a small boy when Baba was in London. Ambassador built the Ashram for Baba, some 2 hours of trekking from Buddhanilkanth. In 1960’s Indian President Dr.S.Radhakrishnan who came to Nepal to attend the Coronation of Late King Mahendra first went to Baba to meet him, President asked Baba what is the meaning of real life? Baba answered Real Life. It is Physical, Moral & Spiritual Discipline. President Radhakrishnan was greatly moved by the response of Baba.

This is the root of connectivity of Kerala with Nepal, that’s the reason this book Kathmandu must be owned & read which is published in Malayalam. The credit of bringing the two extreme geographically distant places connected goes to Mr Kana.
I wish every success for this book & for his endeavours to unite diverse cultures. With Regards, B.P.Shah Sr Marketing Manager Apex Pharmaceuticals Pvt Ltd 4th Floor, Radha Bhawan, Tripureshwor, Kathmandu (Nepal) 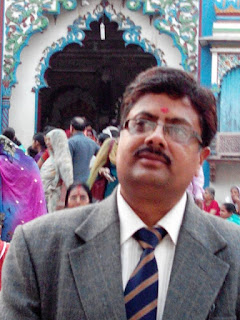