Memoir, space for you

HOW LIFE UNFOLDS THE HIDDEN “ME”: The tale of a journey from Ramanthali to Kathmandu

I have not seen even in my wildest dream that I, the lad from a fishing hamlet would be roaming parts of Northern India and places and in our northern neighbouring country Nepal. I was crazy since my early childhood to travel and see places. I started nurturing the dream of travelling to the beautiful snowy places in the Himalayas. Being crazy of it, I never missed Hindi movies which were filmed in Srinagar, Gulmarg, Nainital etc.screened at Shobha Talkies and Sumangali Talkies in Payyanur during my teenage. 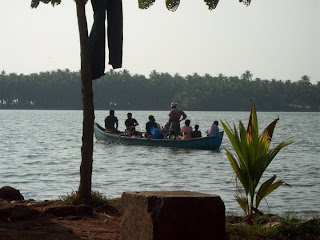 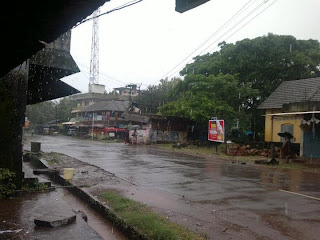 Going to Payyanur town those days all the way from my native Ramanthali on foot for the second show of a film was not a less troubled task. Many a times I thought I would be stuck in the thick of the night at Punchakkad of Punchakkadavu and was almost sure of receiving punishment from my father. My father was so loving and caring that he had never punished me even if I had committed grave mistakes. Somewhere deep within he knew that I would never act against his will. He was well aware of my craze for Hindi movies and playing with friends till sunset least bothered about home work. He was never in favour of me burning the midnight oil for home work. I was one of the hardworking students of my locality and my neighbours were quite sure that I would pass the Iron Gate exam of Class 10th. 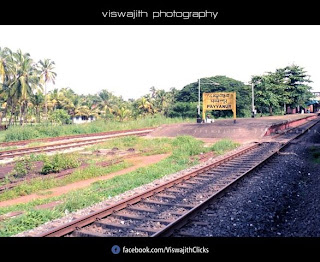 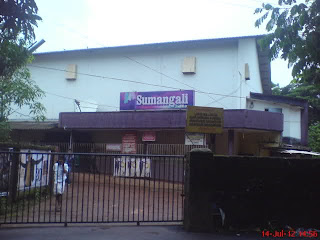 Quest replaced questions and the urge to see new places grew intensely within me. Doing petty jobs in and around Payyanur did not fulfil my ambitions. On a fine morning in mid 1984 at the age of 25, I boarded a train from Chennai, the then Madras, for Jammu Tawi to reach the summer capital of Jammu and Kashmir, the Switzerland of the east. This train crosses entire India cutting it in two parts vertically and is one of the longest routes of the Indian Railway network. I was carrying the address of one of my distant maternal uncles who was working in Srinagar and found me a job in a travel agency instantly after my arrival. 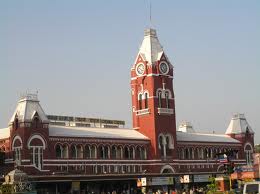 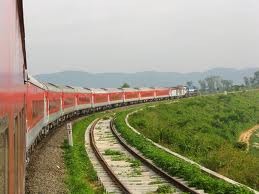 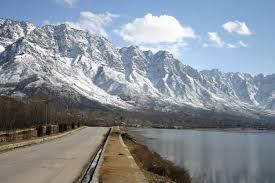 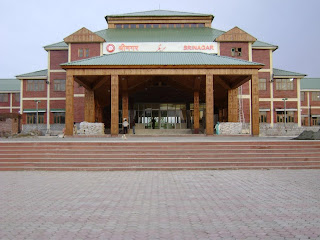 At the onset of winter I realized that the beauty of the snow clad mountains pleases only the eyes but it is very hard to live there for someone like me brought up in a tropical climate. I wasn’t wearing shoes or gloves and my body started developing cracks. I decided to flee from the place and was not in a mood to go back to Kerala. I had already made some friends in Srinagar of whom two were Nepalese. One of them suggested that I would like Nepal which though being a foreign country was not very different from India as far as culture, government etc. are concerned. Although it is a sovereign country, Indians and Nepalese do not require Visa to visit each other. 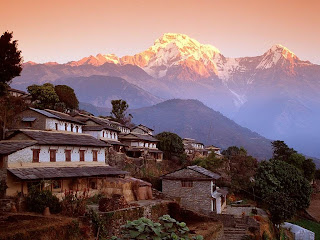 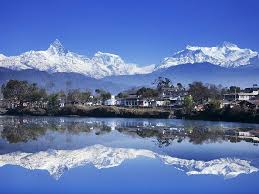 After three days of travel, I reached Pokhara, the second largest city in Nepal. I was provided shelter by a gentleman whose address was given to me by my Nepalese friend in Srinagar. He was running a restaurant at this beautiful lake side city. Pokhara was not so developed and there were very poor job opportunities those days which made me leave the place and head for the capital of Nepal, Kathmandu. 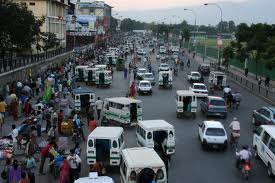 From the day one till today I have been enjoying the warmth of the lovely Nepalese people. Nepalese show extraordinary love and respect to Keralites. They feel that Keralites are the most civilized, educated and decent people from India. I was very lucky to get help from whoever I met during the sojourn and within no time found a job in a hotel. 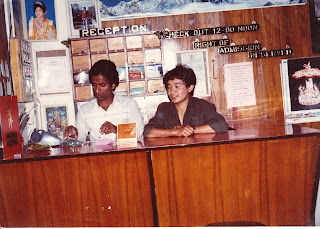 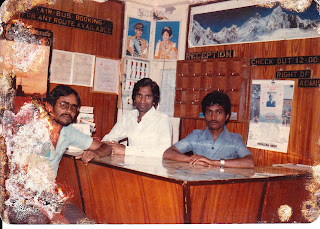 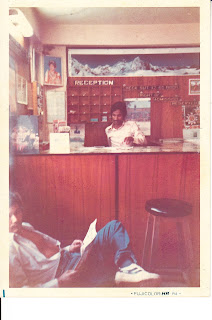 I worked as a cashier in the hotel where Indian tourists flocked. Interaction with them was a great problem as I was very poor in Hindi.
Nepali is the language of Nepal but many other languages are used in different parts of the country such as Maithili at the places bordering the Indian state of Bihar, Tibetan at places adjoining Tibetan autonomous region of China and Newari by Newar community of Kathmandu etc. Nepali language has similarity with Hindi. Script is the same as Hindi (Devanagari).

I could not come across any Keralite in the first year of my life in Kathmandu. On a lucky day almost after one year, I met an angel named George Joseph in Kathmandu. That was the turning point in my life. 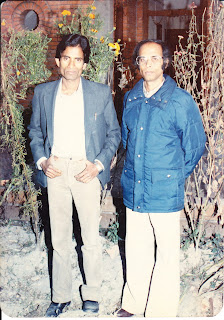 Josephettan was originally from Chengannur, Kerala but married a Nepalese woman and settled down in Kathmandu almost 40 years ago. He was very kind and he became my guardian. It was very easy to find a job in Kathmandu through his vast friend circle. In 1985 I got job as an Accountant at Modern Indian School (MIS), one of the leading English medium schools of Kathmandu. Later I joined the leading Trading and Industrial Group, Chaudhary Group(CG). At present I am working as the Senior Manager in the Automobile Division of the group. Since Nepal is a least developed country, and most of the things are imported from India and the third world, the cost of living is very high in this tiny Himalayan nation. 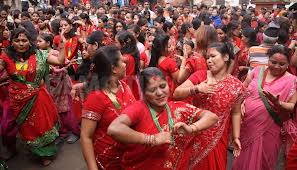 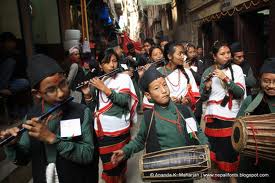 Affection of Nepalese people, the beauty of the landscape and the wonderful climate prompted me to think of settling down in Kathmandu. It is God’s will, I should say, that one of the lady colleagues of the Modern Indian School, sent me a proposal through her best friend to marry her daughter. I remembered the Malayalam proverb: 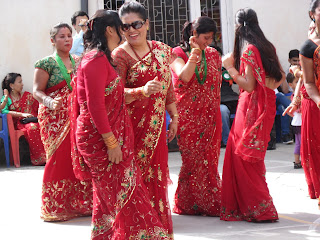 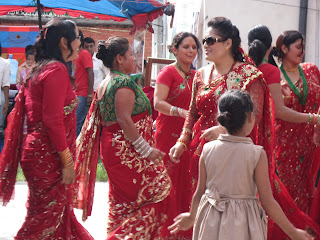 Nepali families are reluctant to marry off their children to Indians for various reasons. But my in-laws didn’t believe in such generalisations and found me quite sincere, honest and trustworthy. I enjoy the highest love and care as I am the only Indian married to a girl in their family. 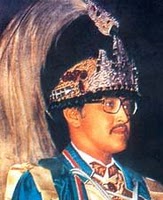 Nepalese are peace loving people and the country has been declared a “Peaceful Country” at government level. Erstwhile King Birendra Bir Bikram Shah Dev had campaigned at global platforms to support this mission. Those days crimes were less and women folk moved about fearlessly even at late night. But things have changed now and the lost glory of the once lone Hindu Kingdom will never return, many opine!! Though Hindus are the majority of the population, other religions are also living in harmony with one another. 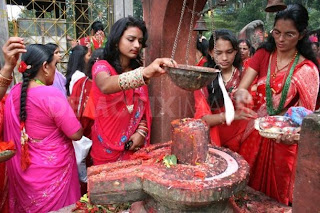 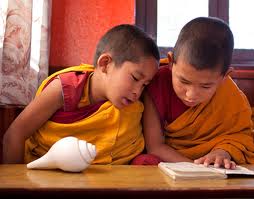 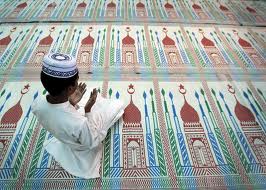 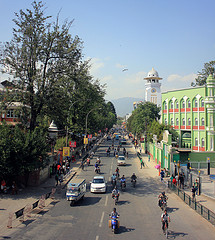 This is a just an excerpt from the many moments of my life. Many moments and experiences would have been overlooked in the process of writing down. Just as life took me to all these places and people, it shaped something in me at every point. I am not a finished product, I am process. Many more are to come. 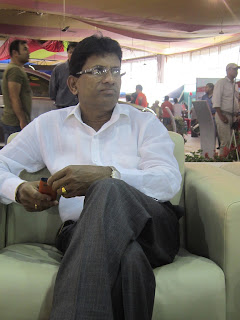