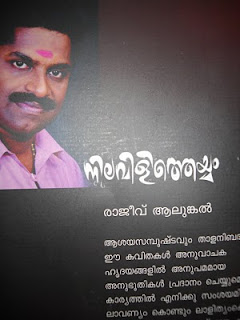 (the anthology of poems titled NILAVILITHEYYAM)
Krishnamoorthy sir is passion embodied, a creative administrator, a bold and brilliant person with incredibe hypersensitivity. His ardent pursuit for excellence and novel ventures make him an inexhaustible receptacle of creativity which defeats his age. If you go to him with tall claims, he would rupture your inflated ego and leave your feet set firm on the ground. You would come out afresh after having a conversation with him. With him, no conversation can afford to remain futile. He oozes positive energy inspite of all the extreme hardships and challenges he had encountered, that makes you realize that your problems are too silly to make you morose. He loves his profession and makes his passion contagious among the staff and students. He proves it to perfection that the living presence of a teacher can’t be replaced by technology. Working with him is a unique man-making experience. 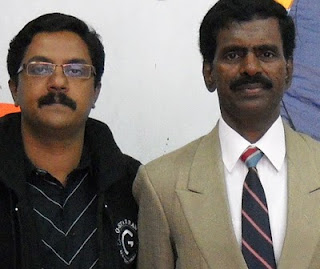 with KRISHNAMOORTHY sir
It was on one such evening after a rich journey through literature, movies, academics and life that he asked me about a poem which had moved him to tears in Mangalore where a student, Nandakishore, had recited it on one of the occasions at the school(KV, Mangalore). 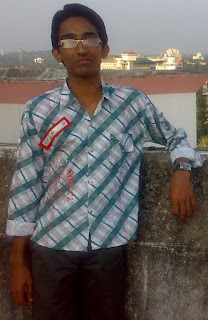 Nandakishore Unfortunately, he could recollect only a line from the poem “ormakalkippozhum baalyam…” and he longed to have the poem since it had such moving lines with intense imagery in the portrayal of a poor family. I haven’t heard about the poem but I felt it an insult for a Malayalee like me to be unaware of such a powerful poem. I took it as a challenge and contacted many of my friends in Kerala to get the poem but it didn’t yield any positive result. Then my favourite website www.google.com (the door to doors) came to my help. After a prolonged experiemental search for the poem putting the only available lines in different form and sequence, I found it! The poem in one of the music albums sung by Jayachandran. I took a print out of the lyrics and also mailed it to Krishnamoorthy sir. I had to wait for another five hours for the morning to share my joy with sir. He was on cloud nine! Through another source, I could get the phone number of the poet, Sri Rajeev Alunkal (a busy lyricist in Malayalam films) and called him up at once. Very simple and humble, he sounded quite naïve about the possibilities of technology. A sms carried my postal address to his mobile.
On the panel inspection at our school in January, 2011, Krishnamoorthy sir once again broke tradition. He said NO to the usual invocation to the almighty before the commencement of the meeting after the inspection and asked me to recite this poem that had moved him to tears. “let’s remember our roots through this poem”, He gave the synopsis of the poem before he called me to recite it.
On 25th February, 2011 a courier brought a gift for me from the poet Sri Rajeev Alunkal, his anthology of poems titled “NILAVILI THEYYAM”published by Paridhi Publications, Thiruvananthapuram. On the very first page I read a message from him in his amazing handwriting, “snehaashamsakalode….Rajeev Alunkal”. A collection of 33 poems and the 24th poem titled “Ormathuruthukal” is the poem that has brought us together. Seeing the poem was not less than seeing the poet. I called up the poet and thanked him. 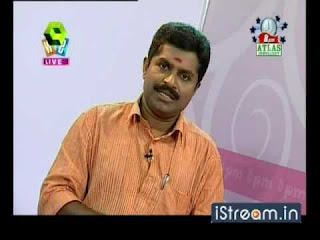 RAJEEV ALUNKAL, THE POET
I ran to Krishnamoorthy sir. I could see his hands shivering with mixed feelings as he read through the lines of the poem. Within a few minutes of rushing through the contents of the book, he could come out with fresh insights on the style of writing of the poet and the cover design of the book. 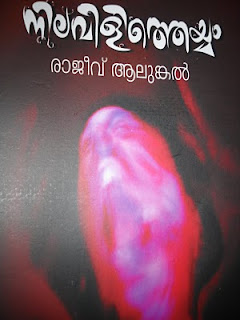 He couldn’t believe his eyes when he found that the poet was quite young. He poured out his enthusiasm over the phone to the poet himself. The following lines were ringing in my mind all through: Long, long afterward, in an oak I found the arrow, still unbroke; And the song, from beginning to end, I found again in the heart of a friend. Thank you, sir. Thank you, Rajeev Alunkal. ________
childhoodmalayalampoemmalayalampoetrynandakishorenilavilitheyyamnostalgiaormakalormakalkkipozhumbaalyamormathuruthukalpoetryrajeevalunkalpoem
by somatmika_admin
Leave a comment

academic, Classroom
THE ZEN MOMENT: TEACHING POETRY WITHOUT TEACHING IT