academic, space for you

Essentially, a filmmaker is the one who makes a film but that does not mean that everyone trying movie making is a moviemaker. It was our chance, ours to work and experience, ours to have a little time with ‘Movie Making’. Our English Teacher, Mr. Santhosh Kumar Kana sir had sparked us with an idea of film making on the story by Marga Minco titled ‘ The Address'(prescribed for XI class CBSE students.) It is a story of a girl who goes in search of her mother’s belongings after releasing from the concentration camps and the dilemma she undergoes. Santhosh sir taught us one thing very important, “not every story can be made into a film. When you are turning a story into a film, it is a new interpretation, a new reading; in fact, you are a reader through the lens!!” A good five and a half months ago, I remember being excited and overwhelmed by the idea of making a movie. Sir assigned Aishwarya Singh with the task of preparing the script, scene wise and work with the dialogues. Though it was a bit lengthy process, we all had been so overwhelmed with work that enthusiasms never let us stop! In a month or so the script was ready and the wait was just for the casting crew. And suddenly, one fine day, entering our class room, I hear Aishwarya, Keepa and Shama say that I have been chosen for the character of Mrs. S. in the movie. I wasn’t expecting this at all. It was entirely a new road for me, but what goes there in just giving a try and so I joined the crew with Keepa as Camera Person, Aishwarya as Script Writer and director along with Shama and actors Shweta, Erika ,myself and of course our Sir. When Sir gave the idea of using the ghetto videos in the beginning of the movie, we realised that it was the right approach to the story on screen. “How to show the girl resolving to forget the address?” as mentioned in the story was our doubt. Sir ignited our enthusiasm with the brilliant idea of my character writing the address behind a photograph and Sweta’s character erasing it in the end!! 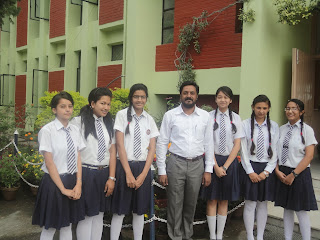 (from left: Erika Aryal, Neegya Vaidhya, Sweta Shah, Mr. Santhosh Kumar Kana, Keepa Manandhar, Shama Bhandari, Aishwarya Singh) Under the guidance of Kana Sir, we started off for our Big Project. The shooting started during the summer vacation and I am very sure that our vacation could never have been this much productive. For our Shot, we required a location which Shweta was kind enough to let us shoot in her home itself. Walking through the blistering sun, in the sunny heat of May, we reached Shweta’s place .Then what followed for the next two days were the best days of our life. Initially, acting and getting into the role was difficult as a consequence of which we ended up making a number of bloopers (and I think that was the time when we laughed our heart out) but gradually we got hold of it and were feeling like the professionals. 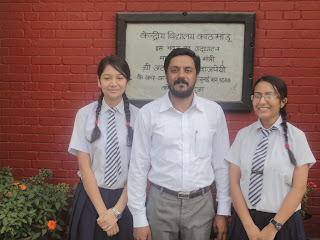 Then after the completion of the Shoot, there was another big task waiting for us ‘ The Editing Job’. The editing part is the most hectic one but Aishwarya did that very efficiently, I must say the Editor just brought the twinkle which was missing in our movie, Balancing the Pros and cons, it was just done Perfectly.And not missing the fact, Cinematography is one of the factors determining the quality of the movie and Keepa just worked amazingly with Camera, viewing shots from every angle and putting in the best. 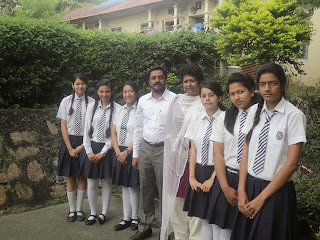 (with Santhosh Sir and Principal Madam) After the completion of our movie, the Annual day was just knockig on the door and Kana Sir said that we would be launching our DVD in the Annual function of 2013. Then as the days went by our enthusiasm soared high. With the Golden Jublee Celebration, our movie DVD was successfully launched. That was one of the happiest moments of our life. 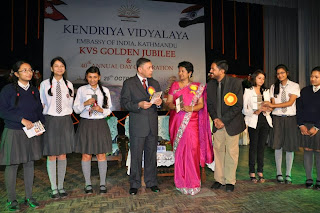 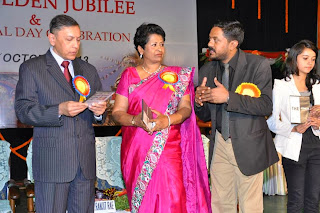 (Indian Ambassador to Nepal, His Excellency Shri Ranjit Rae releasing the cd of the film at Army Officer’s Club, Sundhara, Kathmandu on 25th Oct, 2013 on the 40th Annual Day Celebration of KV, Kathmandu) This was the story of our movie making, the story which we will never forget and cherish throughout our lives. It has given us a reason to look back and feel proud of and delight in every sweet moments we had .Moreover, we realise that, these stories should be taken up and filmed as once the characters are gone, their stories will vanish into thin air .We are still in the infancy of filmmaking but hope to have the potential to grow exponentially. 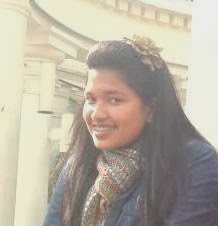 English, Travelogue
In Search of Malgudi at RK Narayan’s House in Mysore-Santhosh Kana

academic, Classroom
YOU CAN’T STEP INTO THE SAME CLASSROOM TWICE-Kana in the Deccan Herald