Film, memoir, space for you

THE DAYS WITH LALETTAN AT KATHMANDU

—Jairaj Menon
with Mohanlal at the location of YODHA   Many feel that Mohanlal visited Nepal for the first time to act in YODHA. It is not so! It was for the movie SINDHOORA SANDHYAKKU MOUNAM that he came to Kathmandu for the first time. http://www.youtube.com/watch?v=4CqWCYDAzl0 I used to live with my bachelor friends in Kathmandu and one of them was from Lalettan’s place in Kerala. When we came to know that Mohanlal is in the town, we rushed to meet him and invited him to our house. Without any second thought, he accepted it and spent a memorable evening with us. He relished our bachelor cooked malayali food and after the dinner as per our request, he sang the song, “dil kya kare jab kisi se…” from the film JULIE.
http://www.youtube.com/watch?v=-woNniQJZPQ
We took him to the Casino too and he never made us feel that he was different from us. So unassuming and simple! 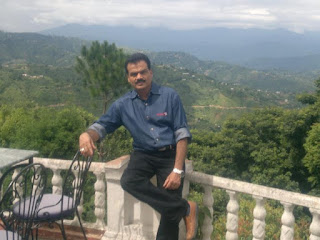 Sri Jairaj Menon
Years later once again I heard that Mohanlal is at Kathmandu for the shooting of a movie called BUDDHA (later titled as YODHA). I went to meet him at the location. The shooting was at Swayambunath temple. I found him busy acting and discussing the scene with the director. So, I waited for him to be free. When he took a break from the shooting, I went near him and to my surprise, he recognized me at once and even asked about my bachelor friends !! A super star like him who meets countless people a day, doing so is still a wonder for me. I used to frequent almost all the locations of YODHA thereafter and spend time talking to him. A very intelligent and humble person and an extremely talented actor. Many Malayalees in Kathmandu used to wait at the locations to chat with him and he used to be so accessible. Even when families would call him one after another for a photo, he would join them without any impatience but with his endearing smile. Those photos may be there in the albums of many, the moments with a legendary actor and a great human being.
by somatmika_admin
Leave a comment