THE UNCERTAINTY PRINCIPLE OF NARRATION

There is nothing more deceptive than truth. What truth? Whose truth? It is enticing, painful, bitter, sweet or sour, but is hardly known. To know is to understand it from one’s level of understanding and there comes the unavoidable element of subjectivity. Any opinion therefore, is self-dissective. To be born is to be lost. Art, literature and films have been evolving towards this understanding. In fact, the history of literature or art can be called as an evolution from single perspectives to multiple perspectives. It started with a satisfactory and complacent objectivity. So, in stories and films the speaker or the narrator or the writer gained voice over others and other voices were silenced. The readers or the audience were not allowed or expected to question the authenticity or credibility of the narration. The credible singular voice thus ruled over art and literature for years. And that’s very much in tune with the social and family structure. The conventional text   was like the joint family with more characters and singular perspective.The elder of the house dictating terms and the members of the joint family nodding to it without a frown and “they lived happily forever”! Exactly in tune with the disintegration of the joint family system we could see the emergence of Plural voice. The brothers, sisters-in-law etc. raised their voice against an issue which would have been swallowed or pushed aside for maintaining the “structure” of the family, keeping it intact. Now walls threw gaps often and the singular credible voice found it hard to mend them(the dialogue in Frost’s Mending Wall). The structure of the text reflected it. Characters spoken about, pushed to the corners raised their voice and exposed the subjectivity of the narrator. The reader by now evolved brought them to lime light, turned others’ eyes and ears to them and they too felt the conviction in their words. The text that was a singular construct collapsed which was termed as DECONSTRUCTION. The text is bound to collapse; the singular voice is bound to lose its volume when the text fails to reflect what life bares. Then came up multiple narratives to percolate into the issue. RASHOMON was one such attempt and the movie VANTAGE POINT. In Malayalam, the film by Shaji.N.Karun, KUTTY SRANK shows a man from the perspectives of many women. In literature, Conrad’s HEART OF DARKNESS tried to show how truth is not a monolith. Multiple perspectives can be seen in Chronicle of a Death Foretold by Marquez and The Witch of Portobello by Paulo Coelho. Is there an objective truth? Truth is elusive. The moment you see an accident, it becomes an opinion that is quite limited to your perception, common sense, intelligence, sensitivity etc. 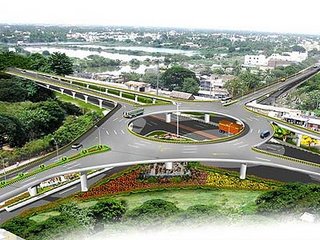 At a traffic junction, if the traffic police/the centre is the truth, there are four different roads of riders and drivers watching it from four different angles! Or even more!! Multiple narrative/perspective in art and literature is like the traffic junction perceived from different roads and angles each having its own credibility and conviction. The growing trend, not surprisingly, therefore, is multiple attempts to analyse a single event and for that very reason we don’t have epics nowadays. Literature and art is growing with life. It can’t be otherwise. —Santhosh kumar kana
deceptivetruthmultipleversionsnarrationnarrativepluralvoicetrafficsignaltruthuncertaintyprincipleuncertaintyprincipleofnarration
by somatmika_admin
2 Comments